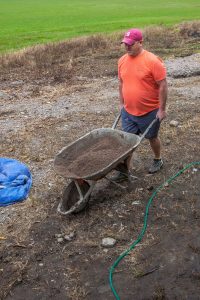 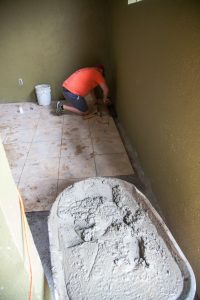 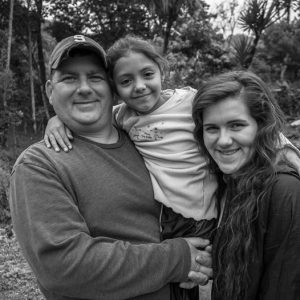 As I reflect on what we were able to accomplish in the small village of El Eden, Honduras, it is pale compared to the work that was done within me. Yes, as a group, we were instrumental in finishing a church, classrooms, and a soup kitchen for the community. More importantly, I was able to strengthen my relationship with Christ and with Katherine. I watched her interact as a “young adult” with others in our group, the people she met, and still be a “child” when she was with the children of the community.

To watch genuine worship with God…there was not any stage lights, no sophisticated sounds system – just some plastic chairs in a concrete block building with two fluorescent tubes for lighting. To be with people that cannot repay you in any way, shape, or form; they were glad that you were there.

There is a true “joy” within the people that we encountered. They do not get caught up in the “worldly” things, as we do in the United States. Yes, they still have similar wants and needs, but they go about them differently. Even though I have been to Central America many times before, this trip had an incredible impact on my worldview and how I should conduct myself going forward. It showed me what is important in my life and what is not.

So, thank you, again, for being an important part of our mission to Honduras. May God continue to bless you. 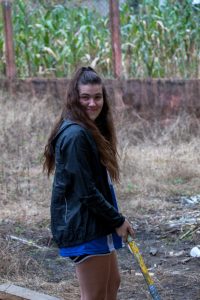 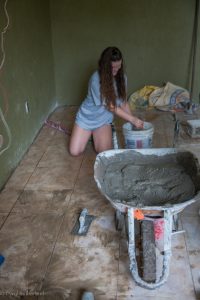 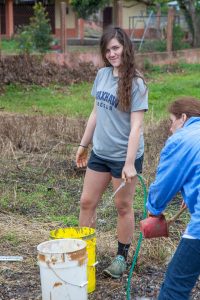 Finish the Wall sent four teams to Honduras; I was part of Team Two. While I was there, I helped paint both the church and the soup kitchen, helped cut tile for the floor and cleaned up after construction projects. I also helped make the sand for the concrete mixture, sifted dirt by removing rocks and large pieces of earth.

It’s amazing to see how people can be so happy with so little. They are very grateful for even the smallest things. I’ve made new friends and was able to see some old ones I met last year.

Something else that has meant so much to me is that my family has been able to sponsor a little girl named Melissa. She is nine years old and would not have been able to continue going to school without support. This year, I was able to see her again. She and her family are doing very well and she is the top student in her class. I am so blessed to have met her – she means the world to me and holds a special place in my heart.