Stories from the field: “Five other women helped me to be more open…”

On past trips, I’ve loved seeing the kids around the work sites, but didn’t get to interact with them much. This year, I was blessed to be on a team with five other young women, and they helped me to be more open to stepping out and interacting with the kids.
Before we began working, I was told there would be a three year old boy named Christian at the church who liked to follow people around to help them work. At the beginning of the week he wouldn’t do much when I was around, but I kept smiling at him while I worked.
One day when I had taken a break from painting outside, I left my brush unattended. When I came back, I caught Christian using my paintbrush to paint the church wall. He had a huge smile on his face and that smile was contagious. I let him help out with the last bits of painting on the wall, and after that I’d take some time each day to play soccer, play pretend drums, and chase him around the job site.
When the last day came around, I was already a mess trying to hold myself together from saying goodbye to the people in the church, and the other kids we would play with sometimes in the afternoons. I had gotten hugs from all of them, and the only one left was little Christian. In my mind, the best I was going to get out of him would be a high five, like most days. I knelt down anyway and asked for a hug, expecting him to shake his head no and hide behind his mother. Instead, he came up and hugged me without a second thought and I almost couldn’t let him go.
I’m not one to cry in front of others, especially people I haven’t known long, but I couldn’t stop myself from crying. I was saying goodbye to my friend, my little buddy, and it hurt. But, I find comfort in the fact that he has a fantastic mother, and a great church to help guide him as he grows.
Earlier that week we had heard that three children…about a year older than him… had been kidnapped nearby, by people who intended to sell their organs. Thank God those children were rescued, but my heart still ached knowing that sort of evil was so close. These kinds of kidnappings are something I had heard about once or twice, long before I had ever gone on missions, but it had never felt so real. Although these actions can’t be put to an end, I know that having the church finished will help God’s light shine to those who need God’s comfort and joy in the good times and the bad. 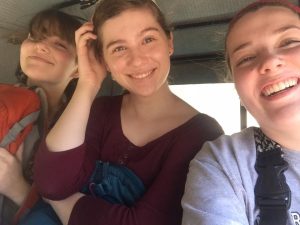